ACRI is NIF’s flagship grantee and a key partner in advancing the values of democracy, civil and human rights and equality in Israel. ACRI has been consistently successful in bringing precedent-setting litigation to the High Court of Justice and has contributed significantly to the protection of human rights in Israel.

ACRI is fighting for equality for women in sports, against gender segregation in higher education institutions, against domestic violence, and for the rights of the transgender community, in which women are of the most vulnerable. Read below some of the incredible success stories they have achieved in the past year in the field of women’s rights: 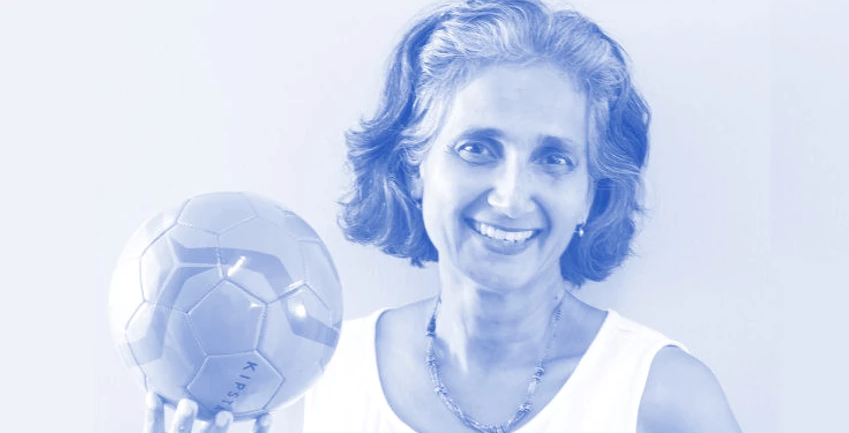 On the 5th September 2019, the Be’er Sheva District Court accepted the position put forth by the Association for Civil Rights in Israel and instructed the Be’er Sheva Municipality to increase support for women’s soccer teams in the city.

The Court heard a petition filed by Hapoel Be’er Sheva’s women’s team against the budgetary discrimination that the team faces as compared to the men’s team. ACRI joined the process as a “friend of the court” and presented to the court how, despite various statements on the matter claiming otherwise, the budgetary discrimination between men and women in sports is entrenched and is only being exacerbated.

Judge Gideon ruled that local authorities must act equitably, including regarding supporting sports teams. He also adopted ACRI’s position that budget considerations pertaining to ratings work to the detriment of weaker teams.

The verdict determines that due to restrictions imposed by the municipality, in practice the women’s team received less financial support than to which it was entitled. The verdict also stated that women’s teams are at an inherent disadvantage because they cannot raise revenues to the same extent as their male counterparts.

Attorney Sharon Abraham-Weiss, CEO of the Association for Civil Rights in Israel, who represented ACRI in the hearing: “Sports are a wonderful tool to promote and nurture girls, young and adult women; despite various statements attempting to convince otherwise, women’s sports lags far behind that of men. We hope that this verdict will serve as a significant step towards reaching true equality in sports.” 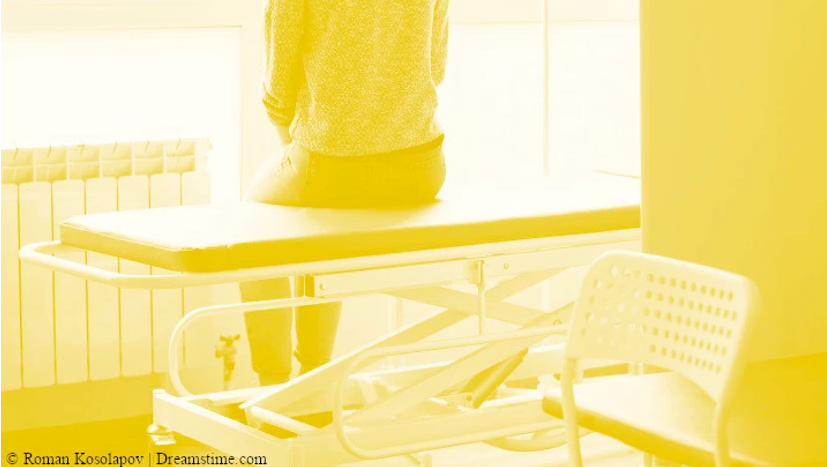 Acute care centres are emergency centres that give initial care to victims of sexual assault. In Israel, these centres exist in hospitals. At acute care centres, victims are provided with multi-disciplinary physiological and mental treatment and sexual assault exams, which are used to preserve evidence for future lawsuits and check for potential medical needs. There are only five such centres in Israel. This means that a woman who is assaulted in Eilat needs to get herself to Soroka – a two-hour drive at 200 kilometres away, before she can even wash herself after being assaulted. What’s more, the directive that regulates these centres was last amended in 2003, and it is thus outdated and does not include new treatments, relevant exams, or improved forensic equipment technology.

On the 25th March 2019, ACRI Adv. Tal Hassin sent an inquiry to the Health Ministry Director asking that the ministry open additional acute care centres: one in Eilat, a city that deals with many personal safety challenges, and others in the North, to serve residents living in the Western Galilee, Upper Galilee and Golan Heights. The inquiry included a request for every hospital to own forensic evidence kits and to train staff on how to use them for victims of sexual assault (this is especially important as there is a small window of time for collecting biological samples).

ACRI also requested that the outdated procedures be updated to include: updated training with new information on how to talk to and care for victims, and sensitivity training for caring for different populations, especially Arab, Ultra-Orthodox, and LGBTQ communities, including transgender people.

On the 2nd May 2019, the Health Ministry responded that the ministry is in the midst of a strategic process to re-evaluate the health system’s response to and care for sexual assault victims.

On the 4th August 2019, it was announced that, through the “Eilat Development Plan,” medical services throughout Eilat will be improved and, amongst other things, an acute care centre for victims of sexual assault will be established at the Yoseftal Medical Center. While this is an improvement, there is still a need for additional acute care centres to be set up for residents of the Galilee and Golan. 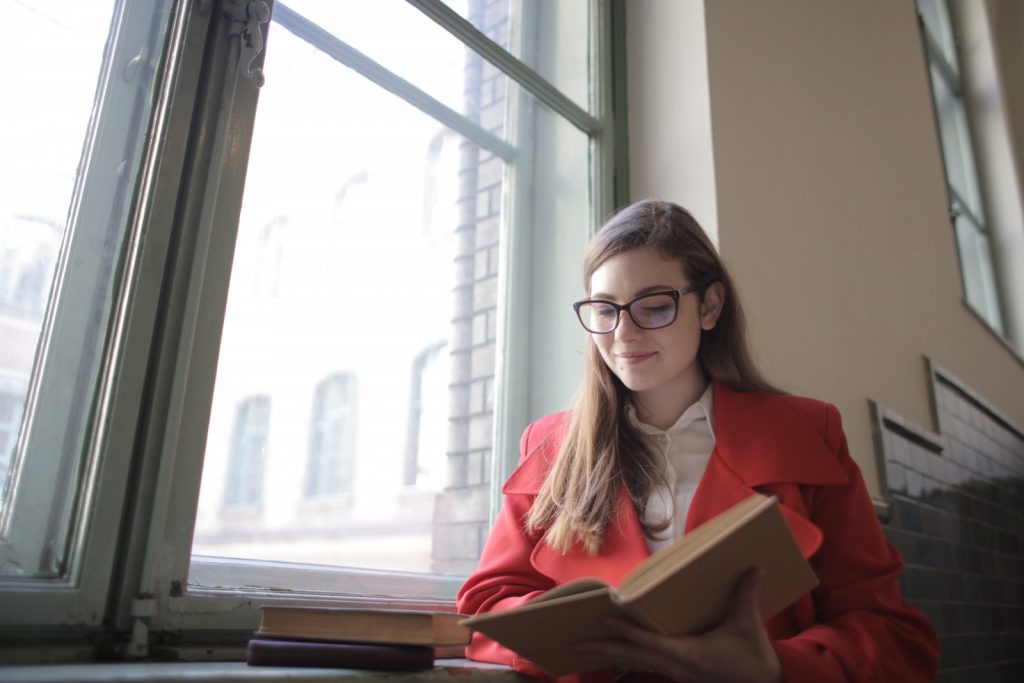 The Association for Civil Rights in Israel (ACRI), the Israel Religious Action Center (IRAC), and the Israel Women’s Network have petitioned the High Court of Justice (HCJ) to join petitions regarding gender segregation in academic studies. There are currently two petitions at hand, one submitted by Dr Yofi Tirosh and other lecturers who oppose separation; and the second by the Kohelet Policy Forum, which seeks to enable separate studies, not only for the ultra-orthodox but also for anyone seeking such an academic framework. The organizations’ request is in support of the first petition.

The organizations’ position asserts that integrating the ultra-orthodox into society is a worthy goal, but that it cannot be achieved by gender segregation and exclusion of women from the public sphere. In a democratic society that respects the basic rights of all its members, one cannot accept that the religious freedom of ultra-orthodox men requires altering public spaces for themselves in order to create spaces sterile of women.

The organizations noted that gender segregation on religious grounds violates women’s fundamental right to equality in the public sphere in Israel, and contradicts basic democratic axioms. This separation also contradicts HCJ rulings, which have often deemed that the exclusion of women from the public sphere for religious purposes is prohibited as discrimination. It also contravenes the Basic Law: Human Dignity and Liberty; the Women’s Equal Rights Law; the Prohibition of Discrimination in Products, Services, and Entry to Entertainment Venues and Public Places Law; the Equal Employment Opportunities Law; and the Basic Law: Freedom of Occupation.

On 15th January 2019, the second hearing of the petition was held. On January 20, 2019, the HCJ decided to transfer the petitions to a broader panel and added the organisations (along with others who sought to join) as amici curiae. 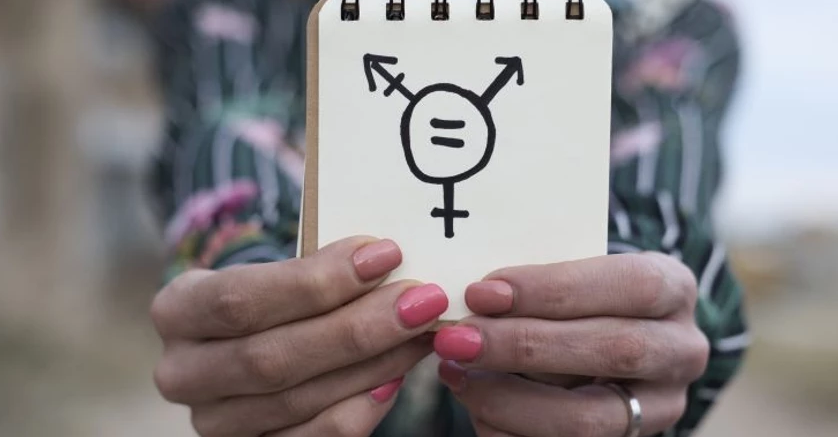 A verdict was handed down on the petition overseen by the Association for Civil Rights in Israel regarding a transgender detainee who requested to undergo gender reassignment during her incarceration. The petition was filed in March 2018 after she appealed, while detained at a men’s prison facility, having informed Israel Prison Service officials that she was transgender and expressing her desire to live as a woman. The petitioner hid her female identity throughout her life, and after taking part in therapy in prison, as well as discussions with a social worker, she began to address her lifelong conflicts.

Despite the fact that the petitioner underwent a psychological analysis in prison, which determined that she suffered from gender dysphoria (psychological and social distress due to a mismatch between an individual’s gender identity and their sex assigned at birth), the Israel Prison Service ignored her requests to commence the gender reassignment process, exacerbating her mental distress.

In its petition, ACRI demanded that the Israel Prison Service allow the petitioner to begin the gender reassignment process, which entails: taking hormones, contacting the Health Ministry’s Public Committee for Gender Reassignment, ensuring that the Israel Prison Service regard her as a woman, participation in therapy sessions, and transferring the petitioner to Neve Tirza (a women’s prison).

The case was overseen by Judge Michal Brandt, from the Central District Court, over the course of 18 months. After the petition was filed, the petitioner was referred to an endocrinologist in order to begin hormone treatment, but the Israeli Prison Service initially insisted that hormone treatment is “cosmetic” and that the petitioner should pay for it herself, despite the fact that the treatment has been part of the country’s health basket for decades. In addition, the Israel Prison Service insisted that the petitioner’s self-determination as a woman was insufficient grounds to transfer her to the women’s prison, and waited for a change in her physical appearance. To the credit of prisoners held in the petitioner’s ward, they accepted her change in gender, and some of the prisoners referred to her in the feminine. Following a court order, the petitioner was transferred to a women’s prison in June 2019.

Early in the process, a gag order was placed on the case, per the petitioner’s request. She later asked to lift the gag order, but the Israel Prison Service opposed this, claiming that any mention of the issue could harm the petitioner’s safety, as well as the prison’s security. The Israel Prison Service conditioned lifting the gag order on its prior approval of any publication on the matter.

On 25th September 2019, Judge Abraham Yaakov handed down the verdict on the case. Because the Israel Prison Service already consented that the petitioner undergoes gender reassignment as requested in the petition, a determination only needed to be made regarding publicizing the case. The court determined that details of the case, aside from the name of the petitioner, be made public.