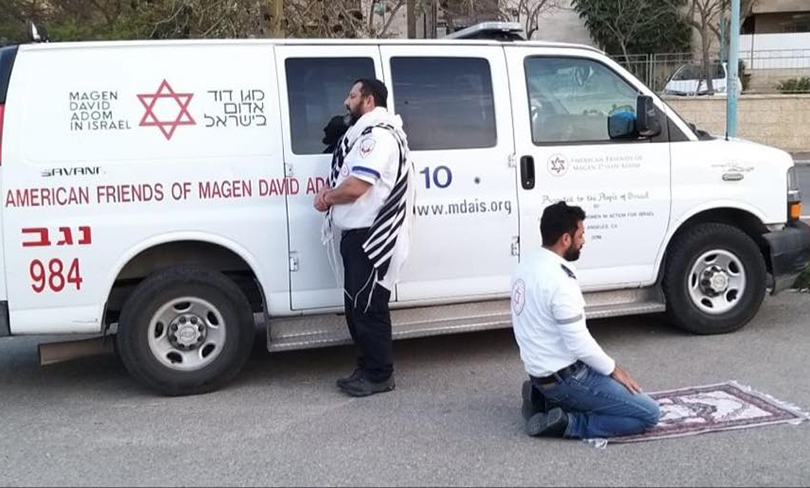 When the first COVID-19 cases started cropping up in Israel in late February, the government didn’t give much – if any – thought to Israel’s Arab population. How would the disease would affect Arab Israeli communities? What steps should be taken to prepare and educate them about COVID-19 and how to avoid it? These were not questions that the government was asking.

But the Shatil-led Arab-Jewish Citizens’ Forum for the Promotion of Health in the Galilee was immediately on the case.

Due to years of Palestinian and Jewish health professionals and activists working together, with coordination as well as advocacy and media support from Shatil, the Forum was positioned to make a difference. They switched their in-person meetings to Zoom discussions and worked to identify needs and prioritise actions. Because many Forum members work in the health system and half of them are Arab citizens, they had their fingers on the pulse of this population’s needs.

Among the first critical problems the Forum identified was the lack of protective gear in the mostly private ambulances serving Jewish and Arab communities in the northern periphery. We reported in NIF News on April 2nd of the Forum and its collaborators’ success in persuading the government to provide drivers and paramedics with the proper equipment.

Realising there were no Arab Israelis on the government’s interdepartmental coronavirus emergency decision-making team, the Forum led an advocacy and a media campaign that worked in tandem with petitions by other civil society organisations. The Forum organized a rare interdisciplinary Zoom meeting in Arabic with mayors, journalists, economists, health professionals, activists and former government officials, to work on creating an ad hoc leadership team that would influence policy as well as the interface between the Arab Israeli populace and the authorities. Soon after, the government’s COVID-19 team added its first Arab Israeli member, Prof. Bishara Bisharat, president of the Arab Society Health Development Association and a member of the Forum.

The Forum was also among a group of civil society organisations which, along with local clerics and the Ministry of Health, produced a public health campaign in Arabic about how to safely prepare for and celebrate Ramadan during the crisis (as the government had done for the Jewish population on Passover).

The Forum also took advantage of its strong relations with the media to highlight to reporters the critical role Arab Israeli health professionals were playing during the corona crisis, which resulted in numerous media reports.

“When the corona first hit, there was fear that, as can happen in a crisis, relations between Jews and Arabs in Israel would worsen,” says Shatil’s Lev Aran, coordinator of the health forum. “In reality, the opposite happened. There was a strengthening of Arab-Jewish partnership in the health system and in civil society and a renewed appreciation on the public’s part of the big role played by Arab Israelis in our health system and in the crisis.”

“Even the progressive discourse about Arabs in Israel focuses on coexistence – we have to live with them. Now one hears talk of the fact that Arabs are an asset to Israeli society.”