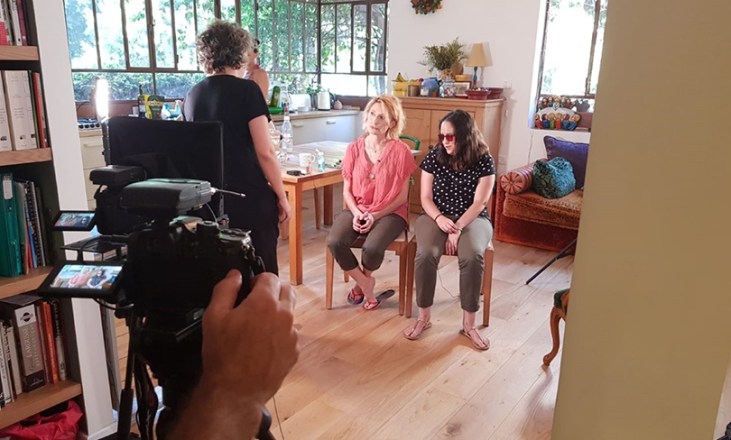 With Shatil’s help, ten civil society organizations created a social media campaign to raise awareness about the vital importance of Israel’s Supreme Court and the ways in which the integrity of the court is under threat. Through six short, powerful film clips, the campaign specifically discussed the many civil rights victories won through the Israeli Supreme Court and underlined the importance of protecting the integrity of the court system. It also specifically calls on Israelis to oppose the Supreme Court Override Bill, a proposed law which would severely undercut the Supreme Court by allowing a simple majority of the Knesset to override any ruling.

Thanks to Israel’s Supreme Court:

The civil society organizations behind the campaign include: Itach-Maaki, Mehazkim, the Mizrachi Democratic Rainbow, Generation 1.5, the Israel National Association of Parents of Children with Blindness and Visual Impairments, the Israel Women’s Network (IWN), Green Course, the Israel Union for Environmental Defense, Morashteinu, and the Public Housing Forum. With the help of Shatil, these organizations used their broad range of issues to demonstrate the huge array of causes potentially affected by the weakening of the Supreme Court.

“We didn’t just get our rights as a Russian community,” says Zoya Pushnikov in one of the clips. “We went to court and fought for them. And we won. Now they want to take this right away from us.”

The digital campaign garnered more than 200,000 views and 2000 Facebook shares and, along with major public protests, contributed to a dramatic change in public discourse about the bills.

“Attempts to weaken the Supreme Court received a serious blow,” says Ella Yedaya, director of Shatil’s democracy project. “The proof: It was a point of pride in the Likud’s and other right-wing parties’ campaigns prior to the April election but was hardly mentioned in the September election campaign.

“Shatil’s contribution was bringing representatives of populations other than the ones that came out to protest. We focused on the harm that would come to the ordinary citizen – to me and you.

“It’s still in a lot of peoples’ interest to pass these override bills,” Yedaya added. “And we don’t know what the composition of the next government will be. We will continue to fight this.”

Elonor Zarbiv, a blind pupil who petitioned the Supreme Court to make schools provide textbooks in Braille said, “The judges succeeded in understanding what the Ministry of Education refused to accept.”

Zarbiv’s mother echoed many of the citizens and activists throughout the campaign when she said: “I call on all the politicians: Please don’t take the power to change away from us.”