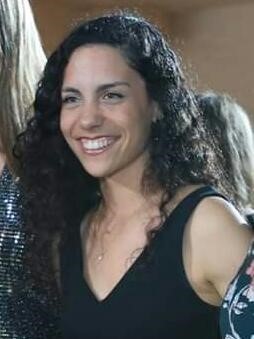 After Samokovlija immigrated with her family from Yugoslavia at the age of one, she grew up in a small community of other Yugoslavian emigres and always found ways to volunteer in projects that helped people less fortunate then her.

After earning a BA in Sociology, Anthropology, and Labor studies from Tel Aviv University Samokovlija began pursuing her masters in Organizational Sociology and became a Shatil Everett fellow.

Shatil’s Everett Fellowship is a year-long program in which Israeli college students intern at social justice organizations. As a fellow, she was placed with the Hagar Affordable Housing Center of Tel Aviv University. “The people at Hagar were amazing and managed to find me the perfect niche,” said Samokovlija.

During her year as an Everett Fellow at the organization, Samokovlija conducted qualitative research to determine the character and needs of a population in a Bat Yam neighborhood slated for urban renewal. She interviewed 40 families and discovered that the residents are mostly elderly immigrant merchants from the former Soviet Union, who are worried about being priced out of their homes and neighborhoods.

“On the one hand, the urban renewal project will improve the neighborhood, but on the other it can harm many older people who have lived there for a long time, and would not be able to afford to live there after the remodels”

Samokovlija went door to door, making sure residents understood the implications of the urban renewal process (the municipality needs agreement of 80% of the residents before it can proceed) and uniting them so they could collectively influence the municipality’s decision-makers.

The social research Sara conducted was submitted to the Bat Yam municipality which now “has a more full and accurate picture of the demographic nature of the neighborhood and the residents’ needs,” she said. “Decision-makers are beginning to realize that it’s an important tool and that renovation projects need to match the needs of the local population.”

Samokovlija says she learned a lot from her Everett experience and felt she was truly able to make an impact.

“In academia, you’re used to researching and writing, you’re involved in theory. But this is research that can be implemented.”