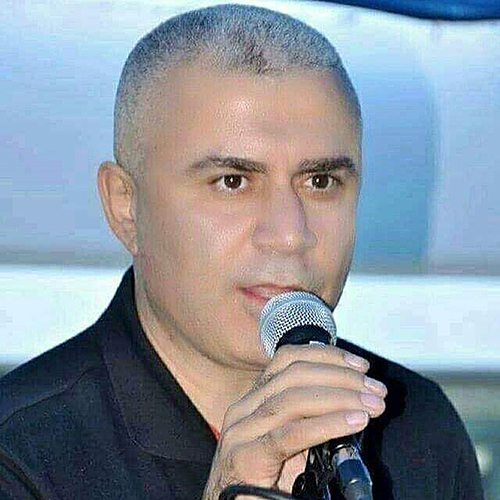 Mahmood Nassar is the new director of the Campaign to Combat Violence and Crime in Arab Society. A father of five, Nassar grew up the oldest of five brothers in the northern village of Tur’an, where his father, a banker, served as mayor. His was raised in a home that stressed the values of appreciation and respect for the other, contribution to society, and honesty. Those values, which Nassar says are still close to his heart, propelled him to obtain a BA in sociology and an MA in criminology, after which he directed the Nazareth municipality’s community centres department for more than 20 years. Nassar participated in a number of Shatil training that he considers critical to his personal and professional development, including the two years Social and Economic Policy Shapers Training.

Four months ago, Mahmood Nassar was offered a job that seemed tailor-made for him: Director of the Campaign to Combat Violence and Crime in Arab Society of the National Committee of the Heads of Arab Local Authorities in Israel. The campaign works closely with a top-level government committee recently formed to address the problem.

The night before Nassar spoke with Shatil, his family was awakened by gunshots fired close to their home. As usual, no police showed up.

Violence in Israeli Arab society is an issue of growing concern among Arab Israelis, decision-makers, and the New Israel Fund, which awarded the project its first grant. While the project is still in the thinking and strategy stage, Nassar knows that the main strategy to reduce violence and crime is by investing in youth.

“There is a strong connection between free time, economic distress and violence,” said Nassar. “And research shows that a boy who becomes violent at 13 and isn’t helped, is more likely to get involved in organized crime – a growing plague that threatens people, from shopkeepers to building contractors, to city officials… To change behaviour, you have to change values. We want to work with schools, community centres, youth groups and parents to influence young people before the cycle starts.”

The project also will work to develop a deep discourse between community leaders and police in order to build greater trust and understanding. Nassar also wants the police to adopt a U.S. model of crime prevention. He believes there is enough strength in Israeli Arab society that a collaborative effort with the government and police will succeed in reducing violence and crime.

Earlier this month, Nassar participated in a two-session Arabic-language Shatil Zoom training: How to Give a Successful Radio Interview run by Mustafa Shala’ta, a senior journalist and radio broadcaster and Shatil’s Mohammed Berekdar. Nassar says he saw the course as an opportunity to make a difference. He’s often asked to speak on the radio and he wanted to learn to do so in the best way possible, as well as how to remain relevant and get exposure during the Coronavirus crisis. Like many of the other participants, Nassar says the simulations, during which Shala’ta interviewed participants who were then given feedback by the professionals and their peers, were especially helpful in learning the tricks of the trade.

“I learned how to sharpen my message, condense it into a few sentences, and to do so smoothly and clearly,” said Nassar. He adds that getting to know 17 other participants was especially helpful to his mission, which he says will only succeed with widespread collaboration.

In fact, with Shatil’s help, Nassar is already organizing a follow-up meeting of the participants that will be devoted to brainstorming new ideas for reducing violence in Arab communities.

“I have a lot of respect for Shatil, which does very important work,” said Nassar. “They don’t just talk about equality but really work on it. Shatil trains people to make Israel a better place.”