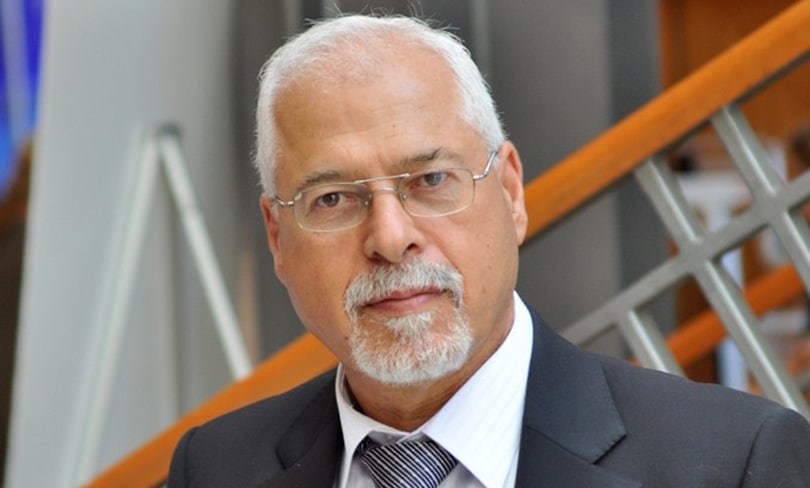 It’s unlikely that, in his youth in Nazareth, Dr. Bishara Bisharat, the child of Palestinian refugees, imagined that one day he would be a senior physician in Israel, advising the government on the COVID-19 crisis at the highest levels.

But as he explained, “people with very little gave me a lot, and that motivated me to want to help others – so I decided to study medicine.”

Dr. Bisharat is one of eight siblings born to parents displaced from the Arab Galilee village of Ma’alul in 1948. The family initially lived in Nazareth in one room, which included the shower and kitchen. After the birth of the fourth child, they moved to a bigger home. His father worked for the police during the British mandate, and then, like many who didn’t have professions, Dr. Bisharat says, he worked in construction.

The village – except for two churches – was destroyed and the Arab residents were not allowed to return. Today, two Jewish towns and an army base sit on parts of Maalul’s land. The villagers have refurbished the churches and half a mosque and they return yearly for a joyful Easter celebration.

“My grandmother would to take me there and show me where her house and the homes of others we know used to be,” says Dr. Bisharat.

Despite his family’s painful history, he is not bitter – or angry.

“Why walk around with anger all your life?” he asks. “You need to be happy with what is. I look around at the Bisharat family and see that they are doing relatively well. Many are educated or in business. It would be better if we had our land and all lived together and it’s a shame that we don’t but I live my life without accumulating anger in myself – not this and not about other things that happened in life. Forget and forgive. But I enjoy visiting there and the Easter gathering brings great happiness.”

Dr. Bisharat earned an M.D. in Israel and an M.A. in health policy and management from Harvard. Formerly director of the Nazareth Hospital EMMS (AKA the English or Scottish Hospital), today Dr. Bisharat serves as the chair of the Israel Medical Association’s Society for Health Promotion in the Arab Community in the Israel and the Ministry of Health’s representative on the sub-body on Arab society of the National Control Center for Countering COVID-19.

The body to address the needs of the Arab population was created after civil society pressure – including from Shatil’s Arab-Jewish Citizens’ Forum for the Promotion of Health in the Galilee – persuaded the government, which didn’t have a single Arab Israeli citizen in their COVID=19 decision-making bodies, that the Arab voice was critical in dealing with the crisis. Initially, the body met twice a day, tapering off as things got better. In his role, Dr. Bisharat travelled to Arab communities throughout the country, making sure that the government received the information necessary to make effective decisions.

Many real-time decisions were taken as a result: schools in Arab Israeli areas opened two weeks later because corona hit them two weeks later. “Arabs live in extended families with many older people, so it was very important to postpone the school openings,” says Dr. Bisharat. Businesses during Ramadan were closed until 10 PM daily with the decision revisited weekly. And for cultural reasons, the government did not pressure Arab women diagnosed with coronavirus to move into special coronavirus hotels.

How does he understand the lack of Arab representation prior to civil society pressure?

Dr. Bisharat, who is retired, is married to a former Arabic teacher and has two children and two grandchildren. He is a longstanding member of Shatil’s health forum. He first encountered the forum when his hospital hosted one of Shatil’s health equality trainings. He was impressed both with the training participants who “came to get tools so they could give more, not to receive” and with Shatil.

“In Shatil, I meet people with no personal interest, who work together with communities for the communities’ sake; people who are creative, who give love, who always have a smile and who provide tools for working towards social change,” he says. “One can work with Arabs alone or with development towns alone, but I see that Shatil connects kibbutzniks, Arabs, city people, everyone. Working with Shatil gives me energy and hope that things will get better.”

We hope the next time the government faces a nationwide crisis, it won’t wait to be persuaded to include representatives of all major population groups in its decision-making process.