Protesting Against Bus Segregation in Ashkelon 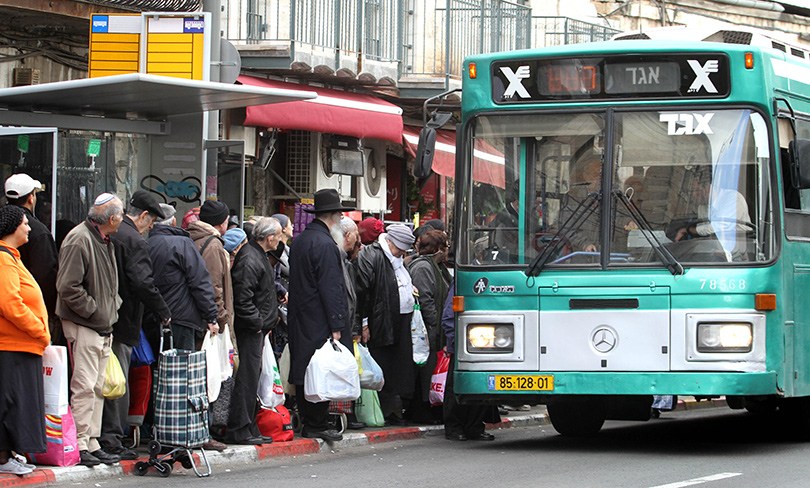 If you heard that African Americans were being pulled off buses on their way into a hospital in the US, you would wonder what decade you were in. And yet, that is exactly what is happening right now in Israel.

In recent weeks, it has been reported that an Israeli hospital in the coastal city of Ashkelon is forcing Palestinians—including Palestinian citizens of Israel— to get off public buses before allowing the vehicles into hospital grounds. Many of them are Palestinians who receive permits to work in Israel and undergo security checks prior to reaching Ashkelon.

NIF grantees are responding to this blatant discrimination.

The Association for Civil Rights in Israel and Physicians for Human Rights – Israel have documented that Palestinians who take the number 18 bus have been made to get off the bus at the entrance to the Barzilai Medical Center and undergo a security check.

According to ACRI, such racial profiling is illegal. In a warning to the hospital, they said, “The proceedings described [from the testimonies] reflect a policy of profiling that attributes dangerousness and suspicion to an entire group of people based on their ethnicity or nationality.”

Physicians for Human Rights – Israel also sent a warning to the hospital, saying, “a medical institution is first and foremost obligated to the rules of medical ethics and respecting human dignity, and therefore is supposed to prevent any racist behavior within its gates.”

Zazim – Community Action, started a petition demanding that the hospital stop their racial profiling and the forced removal of Palestinians from the bus. Ten activists from Omdim Beyachad staged a protest in January, in which they boarded the bus with protest signs which read, ‘Standing together against racism.’ After refusing to show their identification cards and demanding to know why non-Arab passengers weren’t asked to show theirs, security guard removed them from the bus.

“This kind of segregation is exactly what those behind the Jewish Nation-State Law had hoped for: to show Israeli society that there is legitimacy for discrimination in all aspects of life between Jewish and Arab citizens in Israel,” said Omdim Beyachad activist Uri Weltmann. “We won’t accept racial segregation—not on buses nor anywhere else.”