Promoting Arabic in the Public Sphere 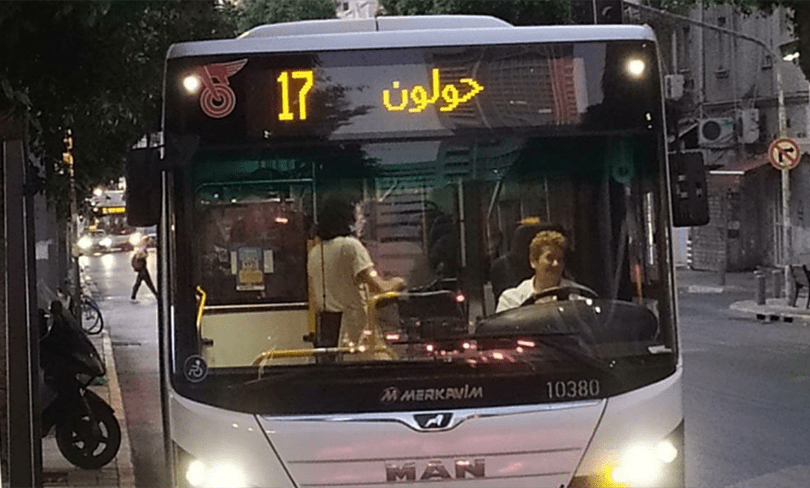 Bus signs are to appear in Arabic as well as Hebrew, after a sustained campaign by NIF grantee Sikkuy – the Association for the Advancement of Civic Equality.

Sikkuy is an organization of Jewish and Arab citizens, working to implement full equality on all levels between the Arab and Jewish citizens of Israel.

For many years, Sikkuy has been campaigning to get Israel’s Ministry of Transportation to ensure that signs at bus stops, on the front of buses, and inside buses are bilingual – in Hebrew and in Arabic. Now, the Ministry has begun to implement this demand, and many buses and bus stops are now prominently displaying Arabic signage (see photos HERE).

“We have succeeded in driving a broad policy change that improves the service that Arab citizens receive, and strengthens shared society in the public sphere. Millions of people use public transport each year, and the presence of Arabic information in public transport services is of the utmost importance for promoting a strong shared society. Arab citizens have the right to receive information in their mother tongue, and it is also important that Jewish citizens be exposed to Arabic as a natural part of the public sphere.”

The statement also called on the Ministry of Transport to work harder to close the gaps in public transport services between Jewish and Arab communities, saying that the Ministry needs to take responsibility and act to correct discrimination in this area.

Sikkuy also recently published a policy paper – ‘Representation of Arab Society in Educational Materials in Jewish Israeli Schools’ – which examined how (and how much) Arab society is presented in school books and materials in Jewish schools in Israel. The paper critiqued the existing provision as lacking, something which leads to stereotypes being strengthened, and proposed changes to allow education to be more representative and allow Jewish students to have proper exposure to Arab issues, culture and society.