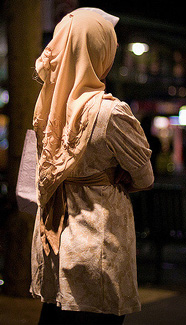 Thanks to the efforts of an activist from the NIF-convened Tag Meir Coalition, a Palestinian Israeli woman attacked by soccer hooligans in Jerusalem has been recognised as a victim of a terror attack. This is an important precedent. The Israeli government provides financial compensation to recognised victims of terror attacks, so the label (or lack thereof) has real consequences.

Nadwa Jabar, a teacher from the town of Abu Ghosh, was assaulted on May 1st near the Teddy Stadium in Jerusalem, following Beitar Jerusalem’s defeat to the Israeli-Arab team of Bnei Sakhnin. While waiting in her car with her two daughters and a friend at a red light, members of La Familia (an extremist group of Beitar supporters who have recently faced a police crackdown) began to assault them.

Jabar’s lawyer, Eitay Mack, is a member of Tag Meir. He said: “Despite the difficulties presented by the police, the property tax officials quickly recognised Nadwa Jabar as a victim of a hostile act, proving that state agencies can, when they want to, treat all citizens equitably.”

Tag Meir head Gadi Gvaryahu said he hoped all similar attacks would be “addressed equitably by state agencies, as has been the case with Nadwa Jabar. We expect the suspects in this assault to be brought to justice soon.”