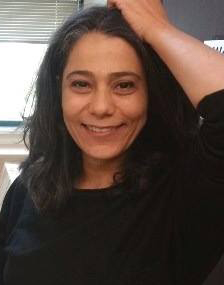 NIF grantees have rushed to the defence of Arab journalist Makbula Nassar, who currently oversees all Arabic-language campaigns for the Ministry of Transportation. Her role is to make sure that all Transportation Ministry campaigns, on topics such as road safety, are properly translated into Arabic.

In recent weeks, extremists have launched an outrageous campaign to have Nassar fired for her political views. The Israel Hayom newspaper printed a banner headline demanding her ouster on its front page, and Minister of Transportation Yisrael Katz called for her to be fired.

NIF grantees including Zazim – Community Action have led a public campaign against firing Nassar, denouncing the anti-democratic trend of targeting civil servants because of their political views. They have petitioned National Road Safety Authority head Rachel Tevet-Wiesel asking her not to surrender to the political pressure from Katz.

The campaign to fire Nassar points to her support for a right of return for Palestinian refugees. But in a democratic society, political views should have no bearing on anyone’s ability to be a civil servant. At this time, the Israeli government is not expected to fire Nassar.

The campaign to defend Nassar is drawing attention to the growing trend of persecuting Arab public sector employees. Even if Nassar and others are not fired, this level of persecution is still intimidating and will likely have a chilling effect on their freedom of expression.