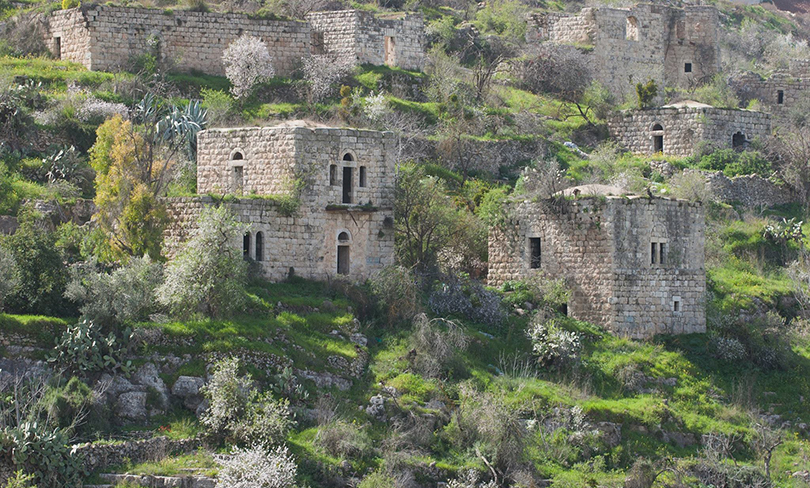 When Ilan Shtayer was a boy he often hiked through Lifta, the picturesque abandoned Arab village at the entrance to Jerusalem. The Palestinian population of Lifta was driven out of the village by the Israeli army in 1947-48 but the village remains unusually intact. He marvelled at its hilly vistas and green beauty. He ate figs and pomegranates from the trees in the fall and cooled off in the spring in the summertime. Decades later, he got word that Lifta plots were to be sold to developers who would create luxury villas.

Shtayer says he started checking around and was told nothing could be done — the plan had already been approved. But he didn’t give up. He kept talking to people and pretty soon gathered a group committed to stop the plan that included former Palestinian Lifta residents and the preservation architect who wrote the original sales plan – and then ultimately changed his mind. The group turned to every relevant organisation they could think of, giving them “good, hot information in real time,” says Shtayer. “We were sure they would get organised and do the work. But none was willing to take on the fight.”

“Only NIF and Shatil were there for us,” Shtayer continues. “They understood that we were a special grassroots group trying to do something unusual and valuable. They gave us a feeling of legitimacy and that our goal was something we must attain. No other organisation was willing to do this. We received expert consulting from Shatil and an emergency grant from NIF to conduct a public campaign. Without NIF and Shatil it would have been nearly impossible for us to function.”

Shtayer’s group of 10 core activists and thousands more who signed petitions — the Coalition to Save Lifta — found a volunteer lawyer and took the matter to court. They demanded a halt to the plan until a professional preservation, fauna, and flora survey was conducted and the judge agreed. Israel’s top preservationists supported the case, claiming that Lifta is an important site, that a professional preservation process including mapping was mandatory.

“The results of the survey were much more impressive than what we could say eight years ago when we said Lifta was very special,” says Shtayer. Among the survey’s discoveries were a wall from the Second Temple period, a reservoir from First Temple days, and houses with eight underground floors. The nonprofit World Monuments Fund named it as one of 25 at-risk sites around the globe and says it is unparalleled in the Middle East.

In 2016, the State agreed to add Lifta to a list of potential UNESCO World Heritage Sites in Israel.

“Our job now is to see how we can promote a preservation plan for Lifta,” says Shtayer. “What we’re doing in Lifta can be a model for civic struggles of all sorts around the country.”