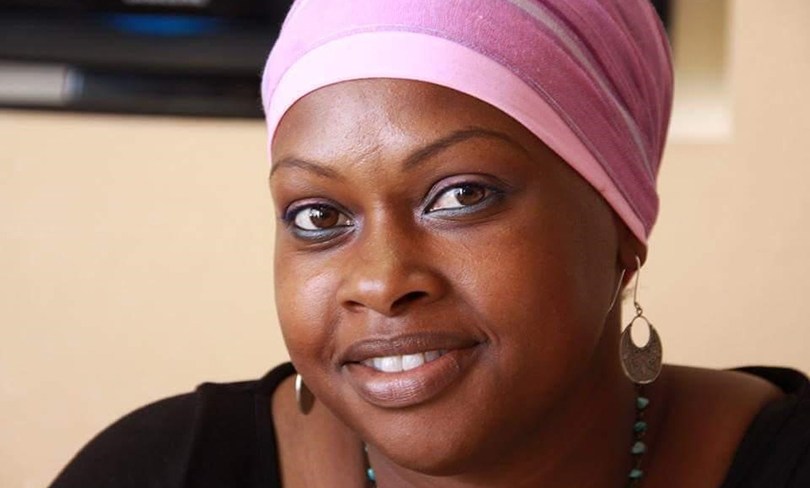 When Elham Elkamalat, a Bedouin activist, presented her work before an audience of hundreds, she used the skills she had learned at a public speaking training at Shatil years before.

When she helped found an organization called Tzaad Kadima (Step Forward) in the Bedouin city of Rahat, she did so with Shatil’s help and support.

And when she brought the first computer course for women to Rahat, it was through connections that she made at Shatil.

“I grew up at Shatil,” says Elkamalat. “It was the first home that embraced me and gave me so much knowledge.

“Everything I am is because of Shatil.”

Just a few weeks ago, Elkamalat went from being guided by Shatil to guiding Shatil staff at a Ramadan break-fast feast, giving them a tour of Rahat and a talk about Bedouin women. It was a dream come true.

Shmulik David, a Shatil advocacy expert who works with Bedouin activists, comes across Elkamalat fairly often. “She is a real leader,” he says. “We wish there were many more like her.”

Elmakalat and her 13 siblings grew up in a poor family in the mixed Jewish-Arab city of Ramle, one of only four Black Arab families there. She had Muslim, Jewish and Christian teachers as well as Jewish friends from a young age so she was exposed to a wider world than she would have been in the Negev.

After high school, Elkamalat attended a jewelry-making course so that she could contribute to her family’s income. Many of her fellow students were Ethiopian-Israelis, and to suddenly be exposed to other dark-skinned women was an eye opener for her. “I felt less alone,” she said. “There are more people like me.”

Elkamalat found a job in her field but after a few years was betrothed in an arranged marriage to a cousin from Rahat who was a career IDF soldier. She moved there, as is the Bedouin custom, but did not become pregnant right away, as was expected. “If you don’t have children, you’re looked at like a tree that doesn’t bear fruit,” she said. “Better to just cut it down.”

Elkamalat’s first child was born after 12 years of marriage and she then had three more. But during those 12 years when she was expected to be a housewife, she felt she had to find something else meaningful to do. She connected with a group of young people who wanted to improve the lot of Black Arabs in Rahat – a minority within a minority that is discriminated against in many ways, including living in separate neighborhoods.

“Once a month, we’d go to Shatil in Be’er Sheva and the director would sit with us and help us think about how to run projects, divide the labor, raise funds. I got the task of Women’s Projects Coordinator. I had no idea what that meant but thought it would be easy for me to work with women because I am a woman,” she said.

The group eventually founded Tzaad Kadima with Shatil’s help and still operates in Rahat today. Elkamalat said she participated in every course Shatil offered from public speaking to fundraising to women’s empowerment and leadership.

“Shatil embraced and empowered us and introduced us to other Bedouin, Palestinian-Israeli feminists, as well as general women’s organizations,” she said. “And we participated in many conferences on women’s rights, women’s health, etc. Shatil helped us to wake up.”

Also through Shatil, Elkamalat began volunteering in Ma’an, an umbrella for Bedouin feminist organizations, and travelled to the village of Kasr Elsir weekly to pass on what she’d learned at Shatil to young Bedouin women there.

“In Bedouin society, if you volunteer, it’s supposed to be for your family or your tribe,” said Elkamalat. “But at Shatil I learned the value of contributing to society to make it better.”

Elkamalat’s Shatil trainings as well as her volunteer work in Tzaad Kadima also earned her first job in the nonprofit sector ibn 2003: She worked as a coordinator at Yedid for 15 years, helping groups of people to improve life in Rahat by, for example, bringing in public transportation, bank branches and a branch of the Social Security Administration.

After her first child was born in 2006, Elkamalat found out about an opportunity to join a women’s trip to India to learn from Indian women entrepreneurs. She competed with 1000 women for 10 spots and brought skills she had learned at Shatil to the full week of tests, interviews and assignments. Her primary motivation: “I wanted to change status of Bedouin women through economic empowerment so they would have strength in the home and would be able to have influence at home, in their tribe and in society.”

One of her assignments during that week was to write and talk about her long-term dreams.

“My dream was to have a tourism center where I would host people who want to learn about Bedouin culture.”

That dream has come true. The center is a space in her home and she regularly hosts visitors and lectures about Bedouin culture.

But this is still not enough for Elkamalat, whose energy and aspirations seem boundless. She is now studying for a B.A. in psychology at the Open University and her new 10-year dream is to create and business circle of Bedouin women in which women can learn from and support one another and where she can pass on all the knowledge she has accumulated and is still learning.