Kicking Racism Off the Soccer Field 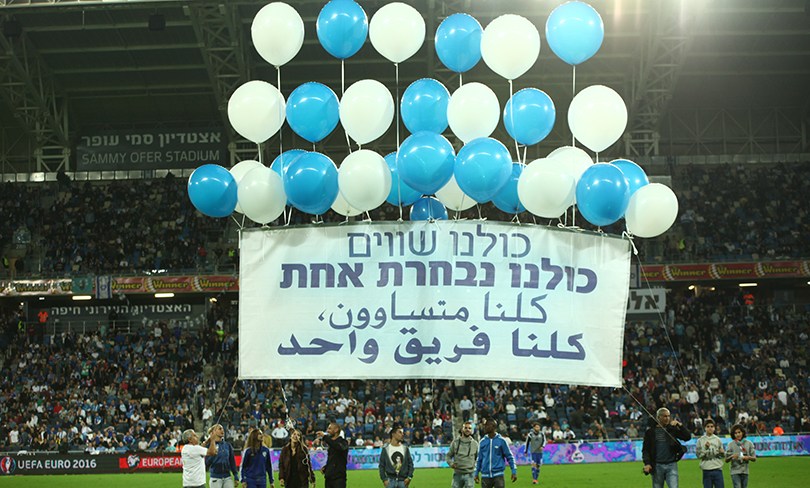 Beitar Jerusalem’s soccer fans have a notorious reputation for racism. Teddy Stadium, where the team plays, has often heard the intimidating racist chant “Death to Arabs.” No longer. There were only two cases of racist chanting by Beitar Jerusalem fans during the 2018/19, compared with 17 during the 2017/18 season, and 35 in 2016/17, according to a report by NIF’s Kick It Out (KIO) campaign to eliminate racism and violence in soccer.

Since the inception of NIF’s campaign in 2003, when racist chanting was commonplace at Israeli soccer matches, KIO has campaigned relentlessly to highlight the problem, which has gradually been reduced over the years.

Credit for the final push also goes to Beitar’s new high-tech billionaire owner Moshe Hogeg, who bought the club last summer. Beitar has never had an Arab player and when the club signed Maccabi Netanya midfielder Ali Mohamed last month, some fans protested, though some backed down when they realized that Mohamed is Christian. Some extreme fans told Hogeg they would accept the player only if he changed his name.

Hogeg said, “When I contacted Maccabi Netanya about Mohamed, I didn’t know what his religion was and it didn’t interest me. Even if he were a Muslim, he would have come to the club. And every time he scores the loudspeaker system in the stadium will shout out his name – Mohamed.”

In Israel’s entire top soccer league, NIF’s volunteer observers found that there were only 19 incidents of racist chanting this season, down from 54 in 2017/18.