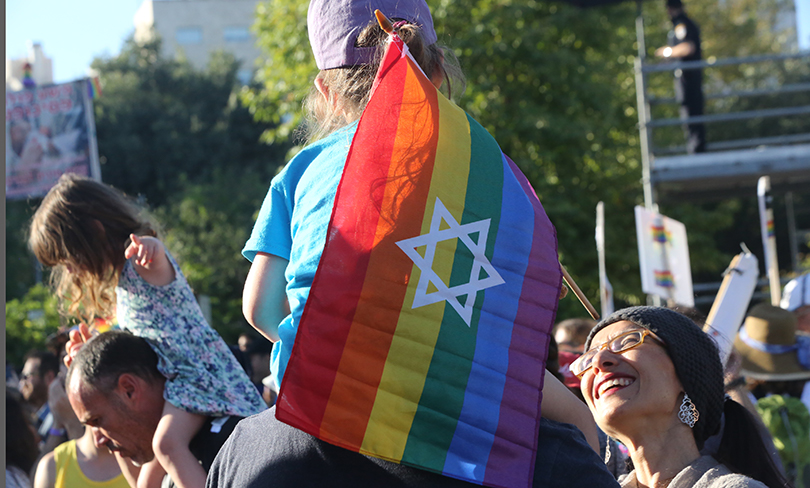 NIF grantee, The Aguda – Israel’s LGBT Task Force has responded forcefully to incendiary remarks by Minister of Internal Security Amir Ohana. Ohana, who is himself gay and who serves as a minister in Likud’s government, said that his personal success in politics proves that “the struggle is over.”

The Aguda launched a social media campaign entitled “Amir, it’s time to wake up” making the case that the struggle for LGBTQ equality in Israel is far from over. The campaign points out that over the past several months a child was not admitted to a kindergarten in Ramat Gan because his parents were a same-sex couple. A transgender teacher in Jerusalem beginning a gender confirmation process was fired due to his gender identity. And Israel’s Ministry of Welfare baselessly interrogated a lesbian couple threatening their parental rights over their three children by calling into question the legitimacy of their same-sex partnership. One of the mothers described “a feeling of humiliation.”

Contrary to the claim of Minister Amir Ohana, The Aguda stated that for LGBTQ people living in Israel, “We face discrimination against us every day, and every hour. In the state institutions, in public spaces, and in the workplace. We won’t be silent until we achieve full equality of rights.”

The Aguda said in its campaign, “The ‘struggle will end’ on the day LGBTQ people in Israel can live their lives in safety, free from incitement and from violence, and free from attempts to harm us through conversion therapy. On the day when our marriages are recognized by the law and when we have the right to start a family. On the day the State of Israel stops discriminating against LGBTQ citizens in legislation, in policy, and in the inequitable distribution of resources. Only then—when full equality of rights is won—will our struggle end. Until then, we will continue to fight proudly for our basic right to be who we are.”

The Aguda – Israel’s LGBT Task Force is currently advocating for a law introduced by MK Eitan Ginzburg (Blue and White) that will ensure access to surrogacy and a second bill sponsored by MK Merav Michaeli (Labor) that would allow same-sex couples to adopt children.