Fighting to Protect the Muslim Quarter on Jerusalem Day 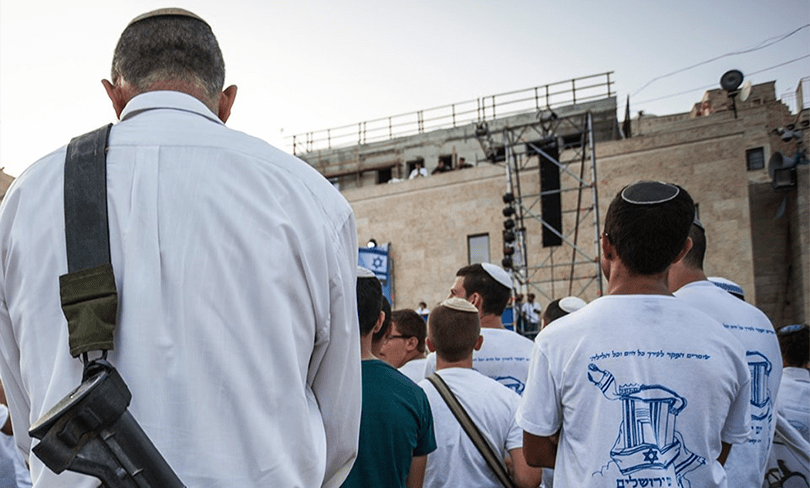 Two organizations supported by the New Israel Fund, Ir Amim and Zazim — Community Action, have launched a campaign to prevent the annual Jerusalem Day march from going through the Muslim Quarter of Jerusalem’s Old City.

Every year on Jerusalem Day, thousands of far-right, religious extremists attend the annual “flag march” through the Muslim Quarter of the Old City. The march causes a threatening and sometimes violent atmosphere for Arab residents living there. In previous years, marchers have banged on doors and windows and chanted “death to Arabs.” This year, Jerusalem Day falls during Ramadan, the Muslim month of fasting and prayer, and extra efforts are being made to prevent the march from taking this route.

Ir Amim and Zazim — Community Action are organizing a protest at the Supreme Court in a bid to convince the court to reroute the march. They have also organized a petition to the Mayor of Jerusalem, Moshe Lion, asking him to make changing the march’s route a condition of the city’s financial support.

In a statement on Facebook, the New Israel Fund said that ‘The violent ‘flag march’ through the Muslim Quarter of Jerusalem, especially during Ramadan when Muslims are praying and fasting during the day, is an unnecessary provocation and spits in the faces of the residents of Arab neighborhoods. We are proud of Ir Amim and Zazim, who submitted a request to prevent this dangerous and unnecessary route.