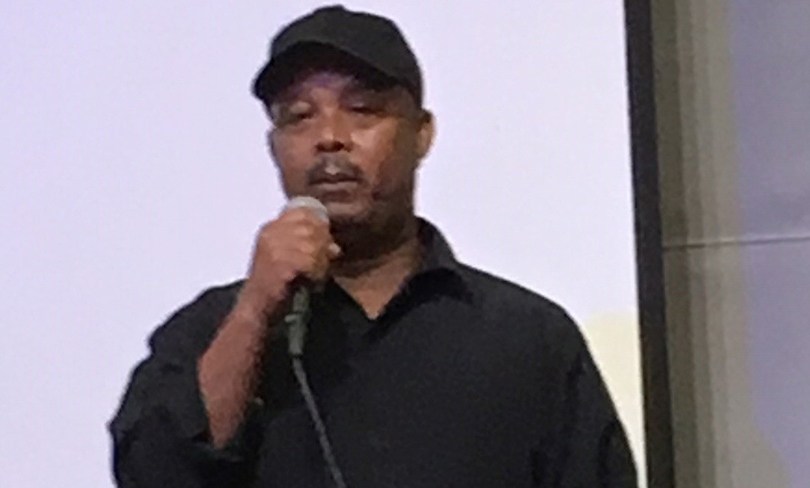 On September 4th, about 250 Ethiopian Israeli activists and community members gathered in Tel Aviv to demand an official commission of inquiry into the death of 18-year-old Solomon Teka, an unarmed Ethiopian Israeli who was shot and killed by an off duty officer on June 30th.

The gathering addressed not only Teka’s murder, but 13 more instances of police killings of Ethiopian Israelis over the last 22 years.

Not one of the incidents in the past 22 years have resulted in an arrest or conviction of the police officer who shot the victim. As one t-shirt at the gathering proclaimed: “13 victims. Zero indictments.”

“This is our home,” he said, emphasizing “the unity of the 12 tribes.”

The activists succeeded in getting several current and prospective Knesset members to attend. In response to several moments of protest from the crowd, Worke Teka called on the audience to respect the MKs and refrain from disrupting the discussion.

“Every family sacrificed someone on the way to Israel,” he said. “But we never thought the country that we dreamed of would hurt us. The police…are killing our children. 13 young people.”

“It’s too big a price. And why? Because of the color of their skin. Parents who dreamed of their children getting married walk around in black. If it was, God forbid, Netanyahu’s son would this policeman have been released?”

Zamanay Tefara, one of the organizers and the evening’s emcee, offered statistics demonstrating the over-policing and high rate of arrests and convictions of young Ethiopian Israelis as compared with the general population.

The MKs in attendance – who represented Shas, the Joint List, the Democratic Union, Yamina, Labor-Gesher, United Torah Judaism and Kachol Lavan (Blue and White), attempted to address the need for change. MKs Mossi Raz (Democratic Union), Pnina Tamano-Shata (Blue and White), Ofer Kassis (Joint List), and others validated the community’s need for a commission of inquiry.

The sister of Yosef Salamsa, who was killed by police in 2014, warned, “The writing is still on the wall. Solomon’s family won’t be the last. The change will only come when police are brought to justice.”