Court Rules that Jerusalem Must Provide Services to Palestinian Neighbourhood 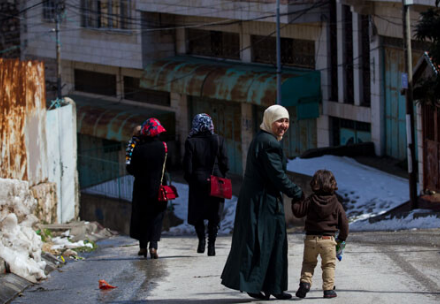 Following a petition by NIF grantee Ir Amim, the Jerusalem District Court has ruled that the City of Jerusalem must take care of roads and infrastructure in Kafr Akeb, Jerusalem’s northernmost neighbourhood located beyond the separation barrier.

The decision comes soon after Prime Minister Netanyahu announced possible plans to revoke the residency of Palestinian Jerusalem living beyond the barrier.

Kafr Aqeb, a neighbourhood of over 60,000 residents, was separated from Jerusalem by the barrier 12 years ago. Since then, it has been caught in a no man’s land and does not receive basic services from the Jerusalem Municipality, even though it’s located within the Jerusalem municipal boundaries.

In his ruling, District Court Judge David Mintz stated: “Residents cannot be left that way. Either it’s part of Jerusalem or it’s not. If it is a part of Jerusalem, give them the services that they deserve.”

The court has ordered the municipality to come up with a consolidated plan for providing services to the neighbourhood within three months, and to begin implementation within six.