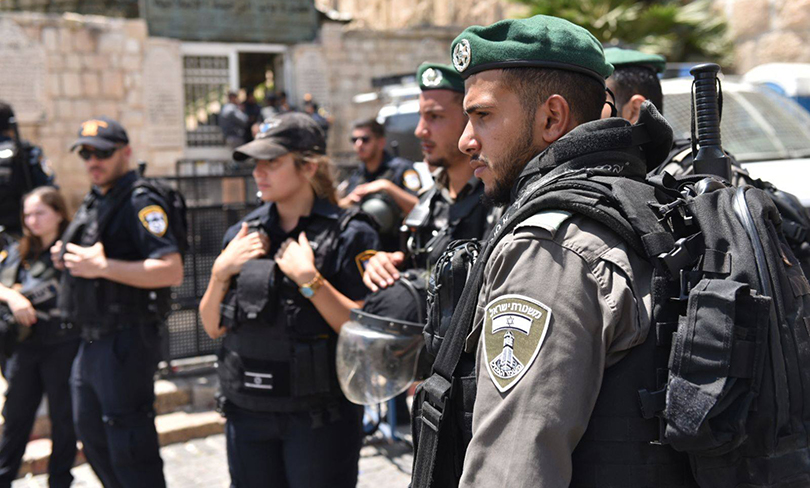 NIF’s flagship grantee Association for Civil Rights in Israel (ACRI) has presented Israel Police with documented evidence of the systematic detention of minors, some of them below the age of criminal responsibility, in the East Jerusalem Arab village of Isawiya. ACRI has uncovered numerous cases involving forceful detention at night, handcuffing, interrogation without the parents present, and the systematic violation of the rights of minors, and the arrest and interrogation of children below the age of 12—the age of criminal responsibility in Israel.

According to ACRI since the police began to target young people in Isawiya last year more than 600 residents have been arrested in regular police raids. Local lawyers and activists estimate that one third of those arrested are minors and some are even under 12, the age of legal responsibility.

In one case documented by NIF grantee B’Tselem – The Israel Information Centre for Human Rights in the Occupied Territories, police burst into the house of a 13 year-old boy even though he told them that his parents were out and beat him on the head with something hard. S [last name is omitted to protect identity of a minor] said, “Four police burst in and grabbed me by the neck, shoved my head on the sofa and then hit me on the head with something hard, I think it was a tear gas grenade. I was terribly scared. They handcuffed me with plastic handcuffs and took me out to the station even though my younger brothers were screaming and crying.” His father went along to the station and after several hours of questioning S was released.

Israeli law is clear about the rights of minors. They cannot be arrested at night or while in school and they cannot be questioned without their parents present except in the most extreme situations. Moreover, they can only be arrested by plain clothes police. ACRI stresses that the police are clearly violating these laws in Isawiya. ACRI has even documented the case of an 11-year-old who was recently arrested at night in Isawiya for allegedly throwing stones. It was only when his father came to the station that the police admitted it was a case of mistaken identity.

Israeli Police forces say that there has been a dramatic increase in violence in Isawiya over the past year and that every effort is made to observe the law when minors need to be arrested. ACRI Adv. Tali Hasin wrote to Israel Police’s legal advisor, “To my great regret, the rule of law is being trampled on the road leading into Isawiya. We are aware, of course, that there are exceptions in the laws protecting minors, but these are only to be implemented in on rare occasions not as our testimonies show. In Isawiya, day after day and night after night the exceptions have become the rule.”