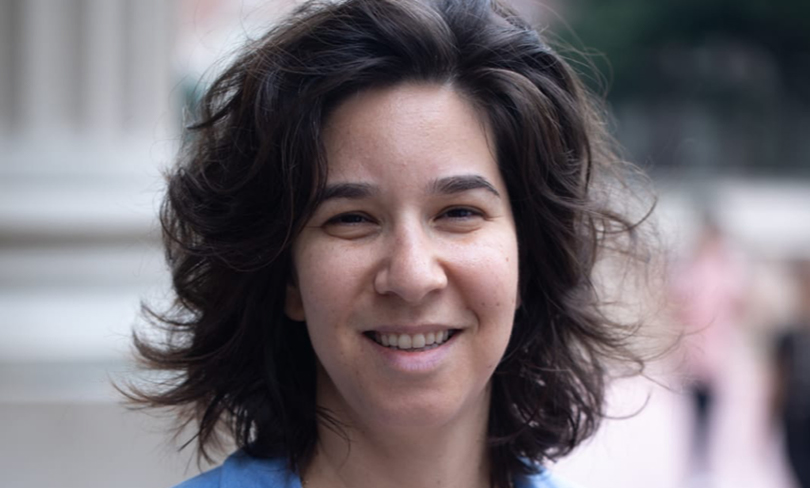 When Mor Efrat, 38, attended the Obama Foundation Scholars’ Program in New York City this year, she was impressed with the communities that fellow participants had created around their organisations.

Efrat had worked at Physicians for Human Rights Israel (PHRI) for eight years, during the last four of which she was in charge of the organization’s work in the occupied territories. Among other things, she ran a campaign that increased the issuance of visas for women with cancer trying to leave Gaza from 50% to 100%. But she knew that when she came back, she wanted to replicate the community-building efforts she’d been exposed to.

Luckily, her boss was receptive to the idea. With board approval, PHRI is creating the position of Community/Volunteer Manager specifically for Efrat. This position and Efrat’s new direction builds on a trend nurtured by Shatil: of strengthening the core community around an organisation.

After Efrat returned to Israel on the last El Al flight out of New York in March, she signed up for Shatil’s course on managing communities.

“When I was in New York, I had time to reflect on my work and to learn from other participants in the program about how they promote change. I realized that in PHRI, we have excellent, professional lobby, advocacy and research efforts and reports, but that we could work much better with volunteers, communities, people. I saw how others did this and how much power and influence it gave their organizations.

“In PHRI, volunteers run our clinics but I realized we could do a lot more, for example, to mobilize our volunteers to work on policy change. I also learned from makesense.com, a Tahitian organization that organizes actions in 145 cities around the world through a very specific methodology of training volunteer community organizers.

“I was inspired by these organizations and understood that in PHRI we could increase our influence if we work better with community than we do today. And that’s what brought me to the Shatil course.”

Efrat says she got a lot of practical tools from the course to begin implementing her vision.

“I saw that we had a lot of unexplored potential at PHRI. That we need to listen more to our volunteers, to ask them questions, to do a satisfaction survey, to find out why they volunteer with us, to ask ourselves what value volunteering with us gives people and to analyze that. We learned to ask these questions in a smarter, more concrete way that elicits more authentic answers. We had to do practice interviews with volunteers as part of the course and one of the things I learned was that the contact and connection with other people is a primary driver for volunteers – more important than identification with our values.

“I also learned the importance of involving volunteers in the definition and design of a project from the beginning, rather than finding volunteers to work on a project that the staff designs. Involving them from the beginning respects them more, gives them an influential voice and increases the chance of their involvement. Of course, there is a risk here. We change the power dynamics of who gets to decide. But if we want to work with community, we have to give them a part in the decision-making process. It’s not easy.”

Efrat, who lives in Tel Aviv and is the mother of two and also a professional pastry chef, grew up in Jerusalem. Her service in the intelligence unit of the IDF changed her life.

“I was exposed to things that opened my eyes,” she said. “For the first time, I saw and understood the point of view of a Palestinian who lives in Gaza or the West Bank. More and more, I saw the injustices around us. I wanted to be part of the people that fix this situation and not to be silent in the face of these injustices.”