For Women’s Day, we are delighted to tell you about Dr Amal Elsana-Alh’jooj – one of the leaders of the struggle for gender equality in Arab society! 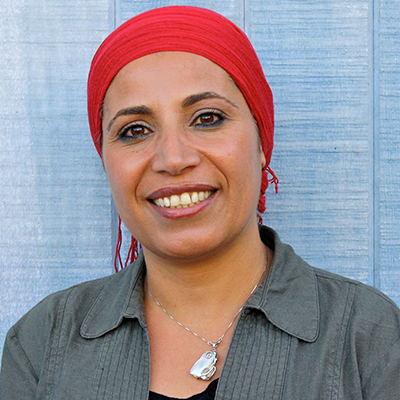 Amal Elsana Alh’jooj is a renowned activist in the Bedouin community in Israel, the founder of the first Bedouin women’s organisation at age 17, a former candidate for the Nobel Peace Prize, and a New Israel Fund board member.

In 2000, she joined Dr Yehudah Paz and founded Ajeec Nisped – an organisation that promotes public equality and empowerment for Bedouin society.

She has won numerous awards, including NIF UK’s Human Rights Award in 2013. Also, she was recognised as one of the 101 most influential people in Israel, according to The Marker.

Watch Amal in our latest video from NIF’s 40 Years of Hope series:

Read more about Amal’s story and her work to promote equality in Israel.